Let there be no doubt: It has been a snowy winter in the San Juan Mountains in southwestern Colorado, along with the rest of the state and much of the nation. Six people have been killed in Colorado avalanches, three of them in the San Juans. The highways leading into Silverton have been closed multiple times this winter due to avalanches, and Red Mountain Pass remains shut and buried with miles of slide debris as I write this early on March 7. Skiing, by all accounts, has been fantastic. If someone were to have gone into hibernation a year ago in the San Juans, and had just woken up today, they’d probably think they had been transported into a completely different world.

And yet, according to data from a sampling of SNOTEL stations across the San Juans, the March 1 snowpack still did not crack the top three highest levels on record, even though the SNOTEL records only go back less than four decades. Yeah, I know, those of you who have spent much of the winter shoveling out or catching sweet face shots are probably wondering what kind of Bulgarian weed this guy’s smoking. But I’m just the messenger, here, delivering data gathered by remote, automated, and perfectly sober stations, specifically those located near Molas Lake, on Red Mountain Pass, and in Columbus Basin in the La Plata Mountains.

And now for some caveats: • These graphs show snowpack levels at the first of the month, and all three of the sample stations have received two to three more inches of SWE since then in massive early March storms, which could have boosted this year’s ranking a bit. • I chose these three stations because they sit at a high altitude (and had values > 0 last year), and because they are geographically diverse. It’s possible that lower elevation stations have more snow this year than they ever have. I’ll look into that for a future post. • These data are merely for the amount of water in the snow at a specific point of time. They do not necessarily reflect total snow accumulation for the water year. It’s possible that more snow has fallen than in “bigger” years, but that warmer temperatures have melted it. I’ll also look into how this winter’s temperatures compare to previous years in a future post. 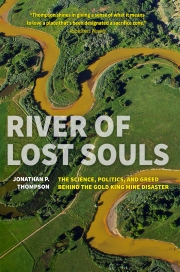