The 2020 water year (which started Oct. 1, 2019) began like a desiccated whimper in the San Juan Mountains of southwestern Colorado. But as of Jan. 1, thanks to hefty storms in December, things are looking up.

Last year’s wild, record-setting winter resulted in a massive avalanche cycle that left tangled fields of old trees and other slide debris scattered throughout the mountains. Jeep roads above Silverton, Colorado, remained blocked deep into the summer, and the Hardrock Hundred ultra-run was canceled due to too much snow and debris along the route.

But all that wet was followed by an eerily dry summer. The monsoon never materialized. The torrential autumn rains that historically have led to some of the region’s biggest floods didn’t arrive. And by Oct. 1 there was no measurable snow in the San Juans, and the Four Corners region was gripped by drought of varying severity. While higher elevations received some October snow, much of it was melted by unusually high temperatures during the first weeks of November. Purgatory Ski Resort, outside of Durango, had to postpone its by a week because it wasn’t cold enough to make snow.

The snows finally came over Thanksgiving, however. The ski areas opened, and backcountry travelers headed to the mountains to play: A couple of snowshoers got caught in a slide near Red Mountain Pass, but managed to escape.

By the beginning of the new year, the snowpack was back up to healthy levels. According to the Natural Resources Conservation Service, which runs the SNOTEL monitoring sites, the San Juan Mountain snowpack is currently at 129% of median levels. Statewide, the levels are at 119% of the median for Jan. 1. The SNOTEL stations that River of Lost Souls has kept an eye on over the years — at Red Mountain Pass, Molas Lake, and Columbus Basin in the La Plata Mountains — seem to match the basin-wide trends.

The drought, nevertheless, is hanging on. The entire Four Corners region currently is in moderate to severe drought, according to the U.S. Drought Monitor.

The season is still young, however, and it would be premature to try to gauge this winter based on current stats. Winter typically doesn’t really get started in the San Juans until later in January, and the biggest snows are usually in February and March, sometimes even April. Just look at last year: On Jan. 1, the snowpack was perilously low, and some folks were expecting a repeat of ultra-dry 2018. Then, in February, it started dumping, and just didn’t let up until May.

Jonathan P. Thompson is the author of River of Lost Souls: The Science, Politics, and Greed Behind the Gold King Mine Disaster (Torrey House, 2018), and the forthcoming novel, Behind the Slickrock Curtain (Lost Souls Press, 2020). You have until Jan. 14 to help launch Lost Souls Press, and get some sweet swag in return. 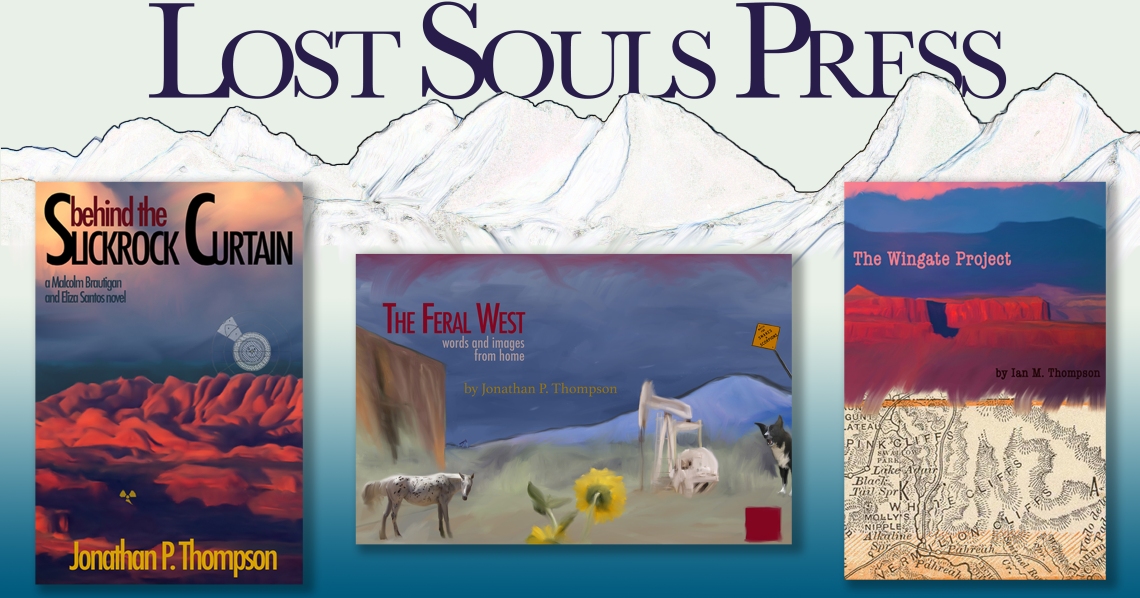